CHOOSE FREEDOM, the sixth and final installment in the critically acclaimed, bestselling Boston Brahmin series, is now scheduled for release on Friday, September 16, 2016. I’m proud to say it’s ahead of schedule and under budget! 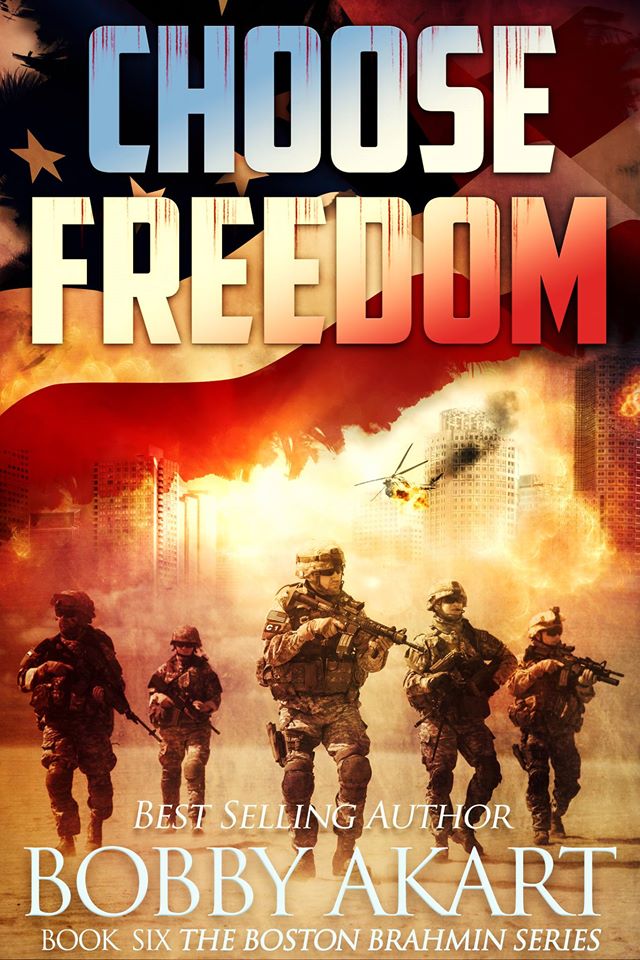 With those words, nine patriotic Americans pledged to protect the freedoms and liberties achieved by The Founding Fathers from all enemies, both foreign and domestic. Through the first five installments, we’ve observed a nation in decline socially, and economically. A catastrophic cyber attack has brought America to its knees, which has opened the door for a tyrannical President to achieve a coveted third term through the implementation of martial law.

As the story progresses, a new leader rises to the call of duty. He recalls his words from many months ago:

“When faced with the tough choices necessary to preserve our nation’s ideals, I say we Choose Freedom!”

With those words, The Loyal Nine, operating under the specter of their forefathers, undertook the impossible – defeating the tyranny which infected their own government.

But first, The Loyal Nine must resolve conflicts between themselves. An old friend arrives and takes up the fight as the insurgency movement of The Mechanics continues. The President uses his new allies, a globalist-sponsored Army in the form of the UN Peacekeeping forces, to quash dissent.

For freedom-loving patriots, a martyr is remembered, a leader is born, and Americans come together under the battle cry –

Preorder now for 09.16.16 delivery to your Kindle devices worldwide: